The Rock Pi X Model B features HDMI 2.0 with 4k30 support and USB Power Delivery (PD) support with Qualcomm Quick Charge compatibility. The Model B’s gigabit Ethernet port offers Power over Ethernet support. You still need to buy a PoE HAT, because it enables HAT add-on. The Rock Pi X enables a 40-pin GPIO connector that supports the official Raspberry Pi PoE HAT, and Radxa’s Rock Pi PoE HAT for its RK3399-based Rock Pi 4. Its 802.11ac Wi-Fi and Bluetooth 4.2 radios include support for an external antenna. Also, Radxa has redesigned the Rock Pi X specs. They have removed the MIPI-DSI/eDP and MIPI-CSI interfaces and replaced it with an LCD connector, and the eMMC is now soldered. Also, the dimensions have been increased to 85 x 54mm. They also changed the ports, one of the dual USB 3.0 OTG ports has been downgraded to USB 2.0 Type-C with 9-20V input. 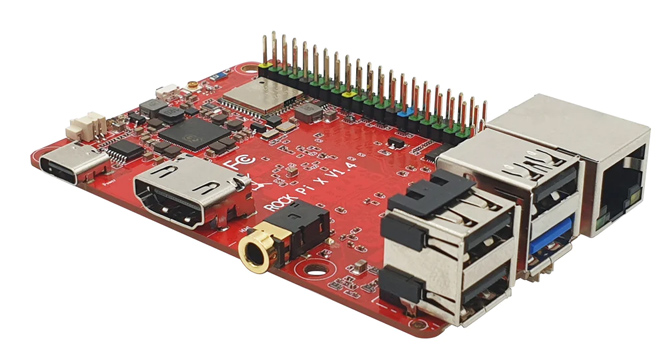 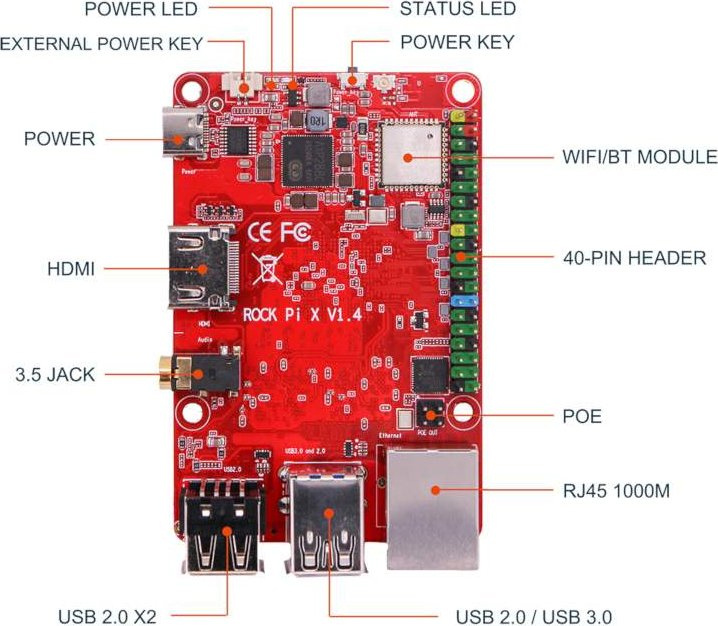