Leonardo 32U4 + Ethernet with SD card

The Leonardo 32U4 + Ethernet with SD card is created on the bases that the controller can play a role of a fully functional net member. As a net member role, the Leonardo 32U4 + Ethernet with SD card can gather data from different devices or industrial equipment and send gathered data through local network or internet as well as storing that data on a micro SD card. The Leonardo + Ethernet(V2) is a fully functional Ethernet-device and can assume the position of server, receive queries from other NET devices and services in local network and internet, and answer those queries. It can also act as self-contained unit, capable of autonomous reaction in response to changes in network, according to planned algorithm.

The board unites two controllers: Leonardo on base of ATmega32U4 microcontroller and Net-controller Ethernet WizNet W5500 TCP/IP with optional function PoE (receiving power directly through Ethernet cable). The Leonardo 32U4 + Ethernet with SD card is also a HID device. It can be used in a similiar way that one would use a mouse or keyboard on a connected computer, in addition to (CDC) sequenced/COM-port. You can program the controller so that it can control the application on your PC, through remote access or through the internet as a NET device. For example: you can set up an algorithm that turns on your PC, opens and controls applications. The board itself can open Arduino IDE, open sketches and upload it to the board. 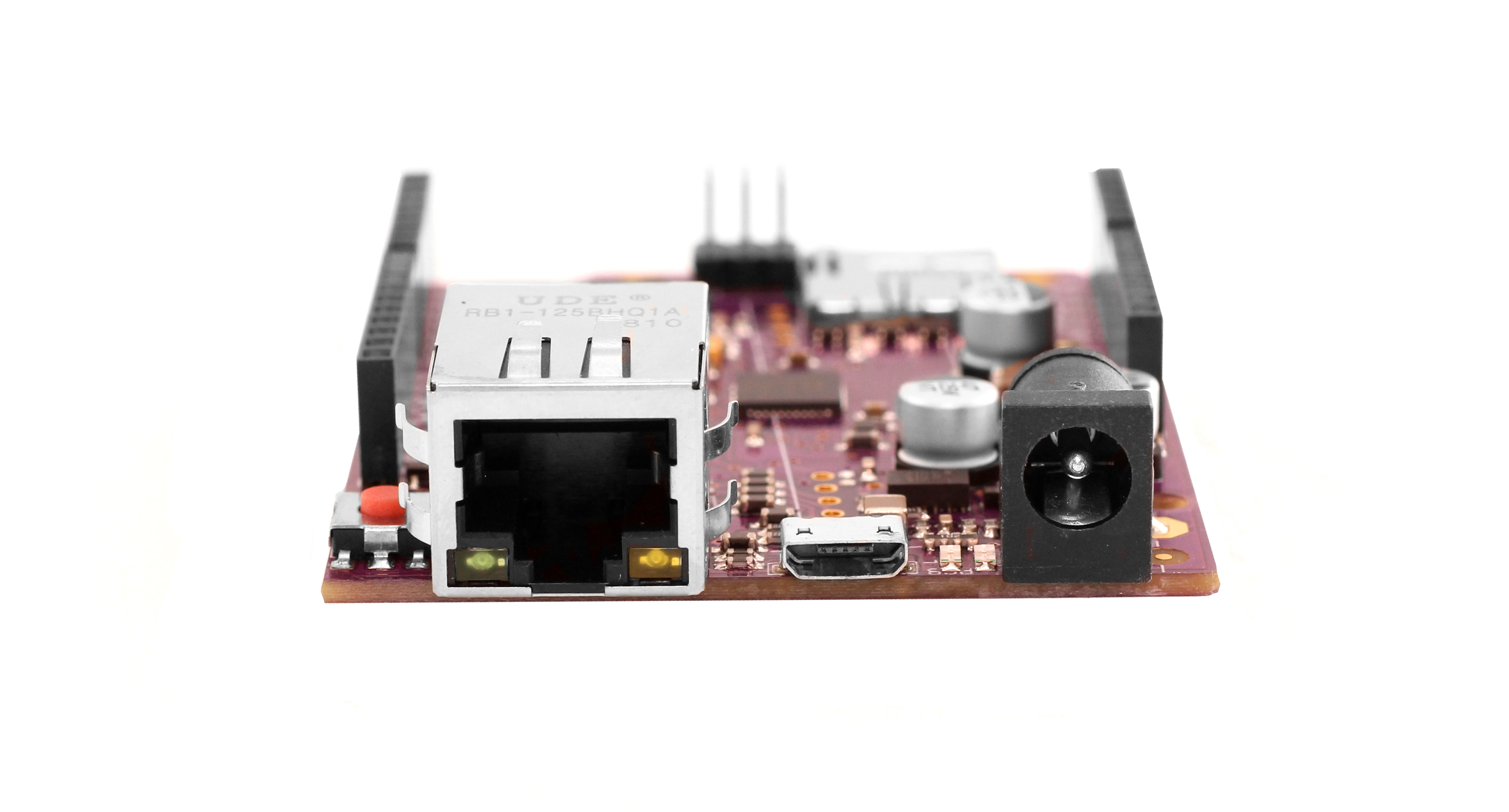 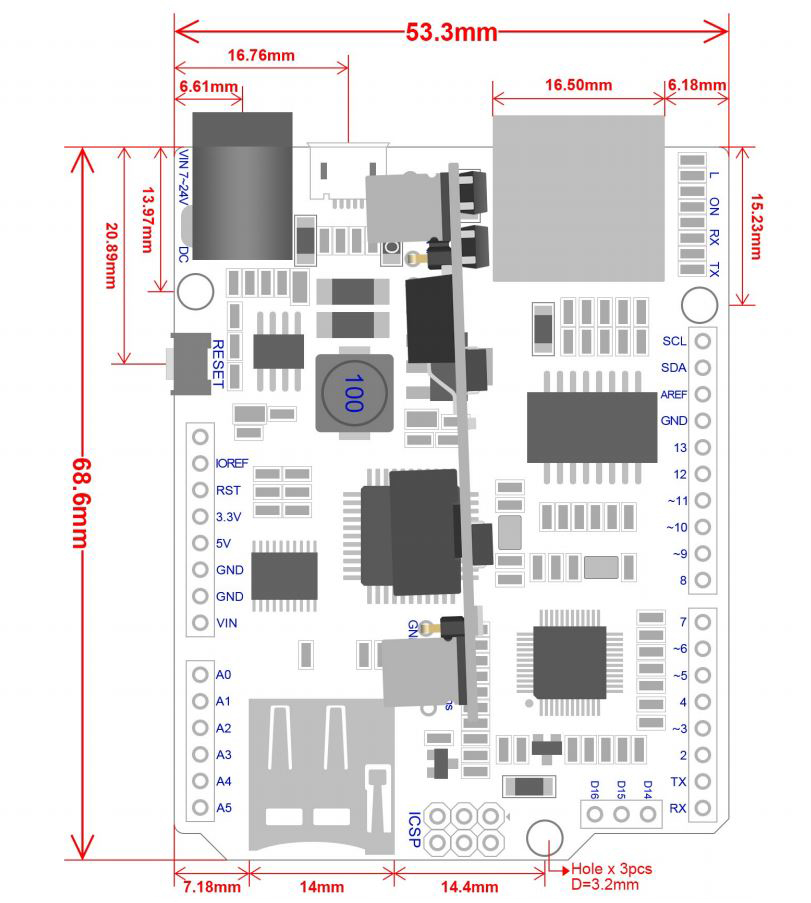 
Leonardo 32U4 + Ethernet with SD card

Wiznet W5100 Network Shield This Ethernet Shield which is based on the Wiznet W5100 Ethernet Chip gives you an easy way to get your Arduino Online. It is directly supported by Arduino official Eth..

Leonardo 32U4 - 16MHz 5V - Compatible with Arduino® The Leonardo is Arduino's first development board to use one microcontroller with built-in USB. Using the ATmega32U4 as its sole microcontroller ..

Leonardo ETH W5500 POE - Active The Leonardo ETH is a fully featured Ethernet-connected device. Depending on your use case, it can act as a server or a net member. In a server role, it will receive r..

Arduino Leonardo Original - Micro USB The Arduino Leonardo is a microcontroller board based on the ATmega32u4. It has 20 digital input/output pins (of which 7 can be used as PWM outputs and 12 as a..