The Wave 4" IPS display has a direct interface for the Raspberry Pi and also a HDMI interface for other Embedded systems. The display comes a resistive touchscreen and has a resolution of 800x480 with a LED backlight. 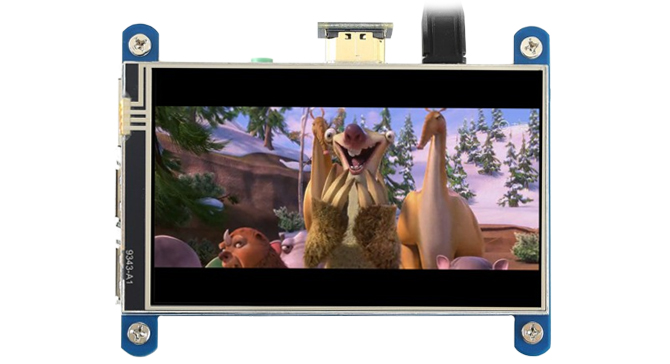 The Wave 4" display has 2 interface options, HDMI and Direct Pi. The Direct Pi or Direct-connect is compatible with any revision of Raspberry Pi (except the Pi 1 model B or Pi Zero, which requires an HDMI cable). Drivers provided (works with your own Raspbian/Ubuntu directly). The display also works as a computer monitor, in this case, touch panel is unavailable and HDMI cable is required

Wave 7" IPS Display with Capacitive Touch - HDMI Interface Not only for mini-PCs, it can work as a computer monitor just like any other general HDMI screen (touch function is unavailable in this ca..

Wave 4" IPS Display with Resistive Touch - HDMI & Direct Pi Interface The Wave 4" IPS display has a direct interface for the Raspberry Pi and also a HDMI interface for other Embedded systems. T..

IPS 5" Display for Pi - 800x480 This is a 5inch IPS display for the Raspberry Pi. The compact design makes it suitable for all various projects. The display has a resolution of 800x480, a refresh rat..

Wave 11.6" Capacitive Touch IPS Display This is a beautiful bright 11.6" display with Capacitive Touch and great angle-visibility. The display can be driven with directly via Raspberry Pi connector o..