This RFM69HCW 868MHz Radio for Arduino from Adafruit allow you to communicate over long distances, are simpler than WiFi or BLE, and you don't have to associate, pair, scan, or worry about connections. All you do is send data whenever you like, and any other modules tuned to that same frequency (and, with the same encryption key) will receive. The receiver can then send a reply back. The modules do packetization, error correction and can also auto-retransmit so its not like you have worry about everything but less power is wasted on maintaining a link or pairing. 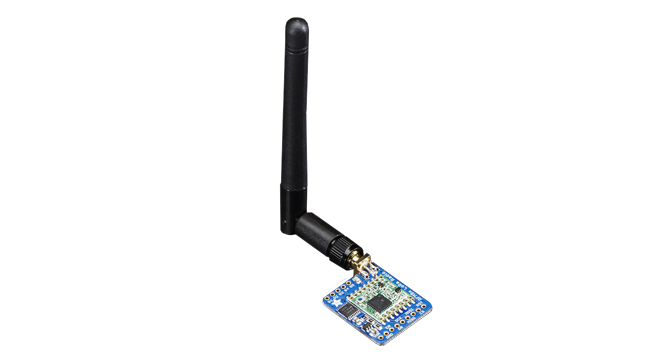 These modules are great for use with Arduinos or other microcontrollers, say if you want a sensor node network or transmit data over a campus or town. The trade off is you need two or more radios, with matching frequencies. WiFi and BT, on the other hand, are commonly included in computers and phones. This is the 900 MHz radio version, which can be used for either 868MHz or 915MHz transmission/reception - the exact radio frequency is determined when you load the software since it can be tuned around dynamically. These are +20dBm FSK packet radios that have a lot of nice extras in them such as encryption and auto-retransmit. They can go at least 500 meters line of sight using simple wire antennas, probably up to 5Km with directional antennas and settings tweakings. 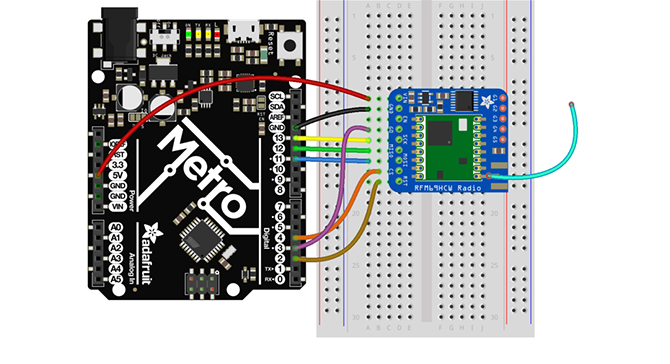 Adafruit RFM95W LoRa Radio Transceiver Breakout - 868 or 915 MHz Sending data over long distances is like magic, and now you can be a magician with this range of powerful and easy-to-use radio modu..

UFL SMT Antenna Connector (4 Pack) uFL connectors are very small surface-mount parts used when an external RF antena is desired but a big bulky SMA connector takes up too much space. We use this part..

Antenna 868MHZ UFL-SMA The antenna has a SMA connector and a breaking arm. The kit has a transient cable from the SMA to the uFL connector, this allows the antenna to be compatible with: Pyc..

SSMA Connector - 90 Deg - PCB The SMA series is a very popular coax connector with threaded coupling, and can be used up to frequencies of over 18 GHz (depending on type). The impedance is controlled..

Adafruit RFM69HCW 868MHz for Pi This is a new Adafruit bonnet which will allow you to upgrade your Raspberry Pi with a sub-GHz radio transceiver, so it can communicate over long distances, giving you..